Spend some time in the field, on the trails, and behind the scenes to hear conversations that inspire an appreciation for our natural world, keep us in touch with nature’s wild side, and encourages a green, healthy and balanced lifestyle. Each month we will highlight connections in conservation through preservation, environmental education, outdoor interests and recreational pursuits! Tune in and get outside to discover what’s happening at the District. 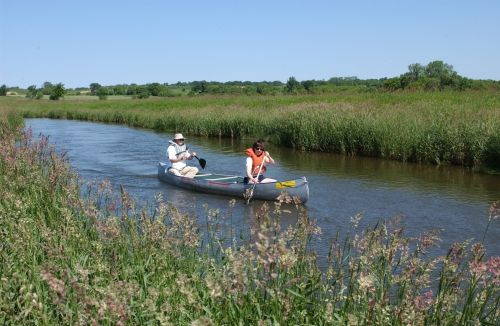 Click on ‘SHOWS’ in the right column of this page to view the days and time of the Wide Open Spaces scheduled broadcasts.

Listen Below to Previous Broadcasts of the Wide Open Spaces that interest you.

Each show is approximately 27 minutes in length:


Wide Open Spaces – Interview With Steve Bryer From The Friends Of Hackmatack National Wildlife Refuge – May 29, 2018

The following shows have been archived, but selected shows can be made available upon request by contacting Huntley Community Radio at (847)802-4641.

Wide Open Spaces – “Hooked on Fishing” with guests Dave Kranz of Dave’s Bait and Tackle in Crystal Lake; and Steve Sarley, Outdoor Columnist with the Northwest Herald and Radio Host of “Outdoor Experience” on WIND-AM 560 – September 6, 2016

Wide Open Spaces – Reflections from the Past, and Places that Matter – July 26, 2016

Wide Open Spaces – Spring and the Festival of the Sugar Maples with Guest Andy Talley – April 19, 2016

Wide Open Spaces – “Oaktoberfest” – The Joy of the Majestic Oak Trees in our Woodlands and Effots to Protect Them – September 1, 2015